Motorcycling Hand Gestures and their meanings 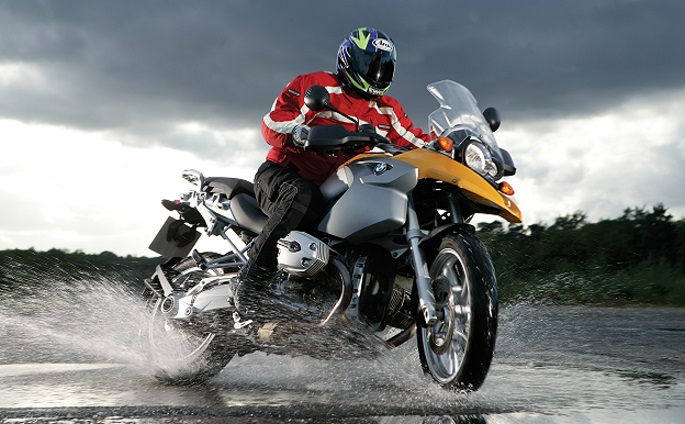 Motorcycling Hand Gestures and their meanings

Although motorcycle hand gestures are something that most riders learn as part of their motorcycle license exams, often they are forgotten and not used when actually needed. For example, if another motorist cuts you up, is on the phone or generally driving in a selfish and oblivious manner which could be detrimental to your health, then communication between bikers and other motorists via hand signals are critical towards staying safe at all times.

Pull over is an invitation to a severe b******ing from an angry biker by the road side in order to determine who was at fault, this is sometimes accompanied by sharp increases in revs from the engine.

I’ll box the head a ya  A clenched fist indicates to other motorists that you are now quite angry, upset and willing to beat people up for their stupidity and misbehaviour on the public road.

Ya bender A derogatory signal often aimed at motorists who lock their doors and want to avoid confrontation, it calls into question their very masculinity which can sometimes be offensive.

WTF dude? A show of dismay, often aimed at people much bigger than you who could possibly gain the upper-hand in a road-side wrestle or fist fight, but shows you are unwilling to let it slide none the less.

Tentative ‘pull over’  Half-hearted gesture to make you feel better but secretly in the hope that they wont pull up, often directed towards truck drivers and foreigners about whom it is difficult to ascertain if they could be > 6ft4 in stature.

No problem Often follows an acknowledgement by the other road user, usually a popular & well-known neighbour with a nice daughter, that they could have inadvertently killed you, none the less you’d rather not labour the point because they waved a kind gesture which made you feel a lot better.

You Brainless c***, pull over Attempts to breathe slowly while maintaining composure with people you shouldn’t really beat the s*** out of, such as pensioners, women and priests, but would rather engage in a stern talk and re-educate them on the consequences of their actions.

Pull over for a kick up the hole A half hearted signal for other motorists to express dismay at their behaviour while exercising restraint with synchronised knee movements in an up the hole fashion.

Winner Alright First Biker to the post while slowing down from a Hoolie run in order to let the group of ensuing riders know who won a tightly run contest, an informal and unwritten expression of glee and triumph at being quite talented & clever.

Hafta s***e Pulling in for a number 2 – an urgent message expressing the need to evacuate ones bowels at the nearest available lavatory and opportunity, usually follows an excessively high speed run and ‘close call’ with other traffic that could have went pear-shaped in spectacular fashion.

G’on y’wanker  Poking fun at another motorist, usually a BMW driver or boy-racer who thought he were fast but took umbrage at your shockingly quick overtake and exhibition of real speed, with a flashing of lights or blowing their horn in scornful protest & disbelief.

Itchy Nose completely forgetting you had a helmet on while attempting to scratch or pick your nose thru the visor, usually an involuntary movement while waiting at the lights after being distracted by hot totty and nonchalantly a**essing possible escape routes from your immediate playground.

Frozen hands Attempts to increase blood-flow and circulation with rapid hand movement and finger articulations while riding through the winter months with shyte gloves, no heated grips, early onset of arthritis and fingers being frozen solid.

Hail Hitler A pursuing Garda’s gesture often synonymous with a misunderstood Austrian who allegedly introduced 6-million Jews to Zyklon B during a WW2 roadside breath-test, do you risk pulling over to be turned into soap and your skin draped over a lamp-shade ? me neither, pin it.

Dick Head Enlightens a fellow road user in no uncertain terms as to their propensity and footing on the richter scale of wankerism during the course of their conduct on a public road, the head being the highest point articulates a not inconsiderable misdemeanour often caused by, but not exclusive to ‘suits’.

‘Sup b****es Attempts to looks like you’re just casually relaxing while riding a noisy piece of s*** down a busy street, esp. when there are impressionable females present and you’d rather not be regarded as a go-go power-ranger, usually undertaken when you’ve not got laid or had any attention for several weeks.

Most motorcycle hand signals are fairly intuitive, especially when combined with appropriate body language; however, new riders may be confused upon first seeing them.